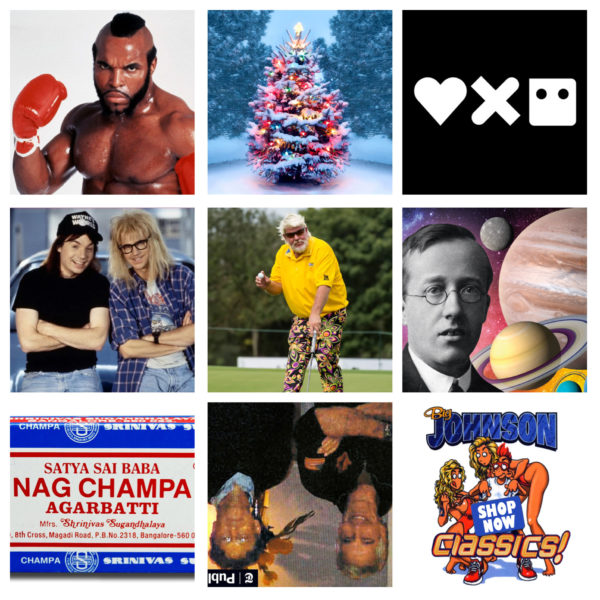 I’ve never changed the filter in my fridge water system and I’m not about to start now.

John Daly is the hero I forgot about and didn’t know I needed.

Did you ever listen to 96STO radio on your boom box waiting for your favorite songs to record on a blank tape? Yeah, me either.

The last day of school was akin to Christmas when I was a young pup. Surely it can’t feel the same? Or maybe it does. I won’t know again.
Speaking of…Tree goes up in 164 days.

Hey look! Warren County doing good things and investing their money on the future! Neat. But let’s just stick our heads in the sand and keep doing the same tired BS again. Cool? Cool. Talk to your elected Butler County leaders and make them earn it! We need better intrawebs. Now. https://www.wnky.com/warren-county-fiscal-court-working-to-get-high-speed-broadband-to-all-residents/

I saw Mr. T in two different commercials this week. Awesome. His real name is Lawrence Tureaud and he turned 69 yesterday. AKA: Clubber Lang #Pain

Dana Carvey is still hysterical and what happened to Mike Myers ?

Jeez. I never would’ve pegged Bill Gates to be such a creep. Eccentric, for certain. Out of touch, no doubt. But nasty and vile? I’m disappointed.

Signs still in yards. 7 months later. It’s one of the weirder things I’ve even seen. And I’ve seen some REAL weird.

Trust me when I say, graduation ceremonies are NOT for the students. They’re for the moms & grandmas – that’s it, no one else wants to be there.

Jupiter is twice as massive as all the other planets combined.

Big Johnson T-shirts. I’m glad we grew out of that phase.

Nagchampa is the only serious incense choice.

90’s DAD JOKE
My wife asked me to stop singing “Wonderwall” to her. I said, “Maybe…

“He who sleeps on the floor will not fall off the bed.” – Robert Gronock.