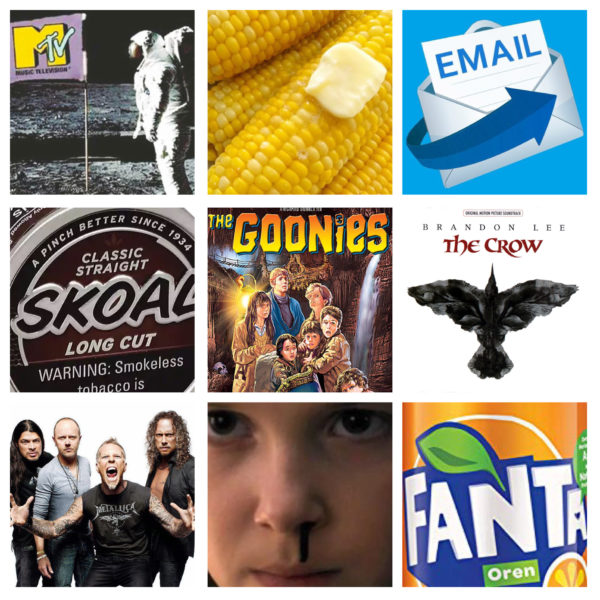 Is there any better feeling than an empty email inbox? I’d think not.

I’m still up for a #MoonSummit .
Quality representatives from all nations great & small to discuss the future of our planet while having to look at it from the same perspective.

Germany uncovers about 2,000 tons of unexploded bombs every year.

Tight is taking out a dip, brushing your teeth and putting it back in.

Local – 🐶 Yardsale at BC Animal Shelter on Boat Factory Road until 2pm!

I have a soft spot for animals, small children and the elderly. Everyone else is on their own.

Culinary – I have trouble eating seafood in a land locked state.

Entertainment – The Goonies (‘85) Proud dad moment when on family movie night LB asks for one of my childhood favorites. She now has a Goonies poster on her door. I feel like I’m doing a decent job. At least on some days. A++

Stranger Things (‘16-?) 6 months ago, we told LB she was finally allowed to watch whenever she felt ready. Last week she decided it was time. I made her start it during daylight hours. She has now become a super fan. A

Listening lately: Dr. Hook & The Medicine Show, Robert Palmer, Blur, Tribe of Heaven, The Cars, Huey Lewis. ….Robert Trujillo has been with Metallica for 18years now. Jason Newsted was there for only 15. I feel really old.

Sadly, until we’ve all turned brown…racism, hate, & ignorance are here to stay. You don’t have to accept it, but you can count on it.

You can always see your nose.

Dad Joke – I once had a dream I was floating in an ocean of orange soda …. Actually, it was more of a fanta sea.