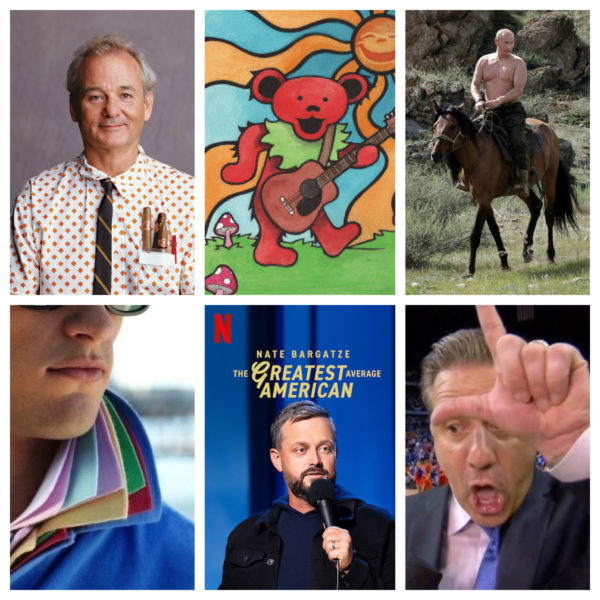 The most sought after date for vasectomy procedure? The first weekend of the NCAA tournament. True story. Go Cats? Ouch.

‘Whatever you bring into the vehicle, please take it back out with you.’ … On the surface, this seems like a reasonable request, but apparently it’s far too much to expect.

I once had a magical dream that I met Bill Murray. I woke myself up crying. Obviously, there are issues in play …. I also dreamt Rage Against The Machine was scheduled to play Morgantown, but didn’t show up …figures.

Butler County Uber? Still nothing. Someone get on this.

The Last Blockbuster (‘21) ironically, is on Netflix. Good history lesson on the path of home movie viewing. Solidified my stance of personal DVD preservation. Worth ‘checking out’ *wink….B+

Damnit, Joe. Thanks for the cash, but slow down. Air Force One ain’t leaving without you, boss.

Joe called Vladimir a “Killer.” To which Vlad replied, “I know you are, but what am I?” #PeeWeeHerman

Popped collars only work for cowboys and superheroes.

The world wastes about 1 billion metric tons of food each year.

It’s ok to recycle ♻️ your own dad jokes.

“The world is made up mostly of morons and natural tyrants, sure of themselves, strong in their own opinions, never doubting anything.” – Clarence Darrow