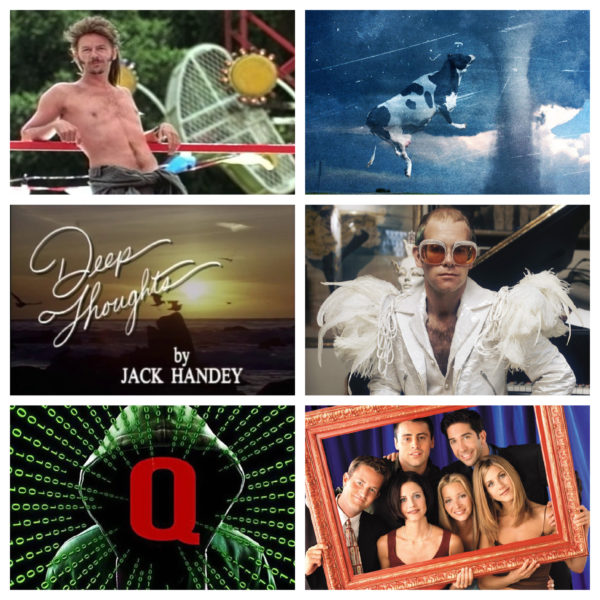 I’ve not asked yet, but I’m sure it’s frowned upon to tailgate in the elementary school pickup line.

SEASONAL EATS:
I’ll have 5 weeks of hot summer to start, add a touch of Halloween at the end, please. Then, back it up with a harsh double Christmas & a mild Thanksgiving early sidecar. Wonderful. Thank you.

All of my male peers have beards. ALL of them. I honestly can’t think of one who doesn’t. I shave daily, not because I don’t want a beard, but mine grows in all red-necky, sparse, like Joe Dirt. And it’s calico.

Tornados used to be called “twirlblasts” and “twirlwinds” in the 18th century.

Two kinds of people: Those who have tattoos, and those who are kinda afraid of people with tattoos.

Sleeping late used to mean something. I could pull 10 or 11am easy. Now, 6 is really pushing it. What happened?

Q – HBO Docuseries : Wow. I knew the mental health situation was in some decline, but the deep brain rot is more serious and dangerous than originally calculated.

It’s a myth that people are either “left-brained” or “right-brained.” – most behaviors and abilities require the right and left side to work together to achieve a goal.

DAD JOKE
Did you hear the rumor about butter? … Well, I’m not going to spread it.

Another joke that’s not funny? The cast of Friends still earn around $20 million each year.

Maine is the only state that borders just one other state…New Hampshire.

People who don’t > people who mow their lawn before April