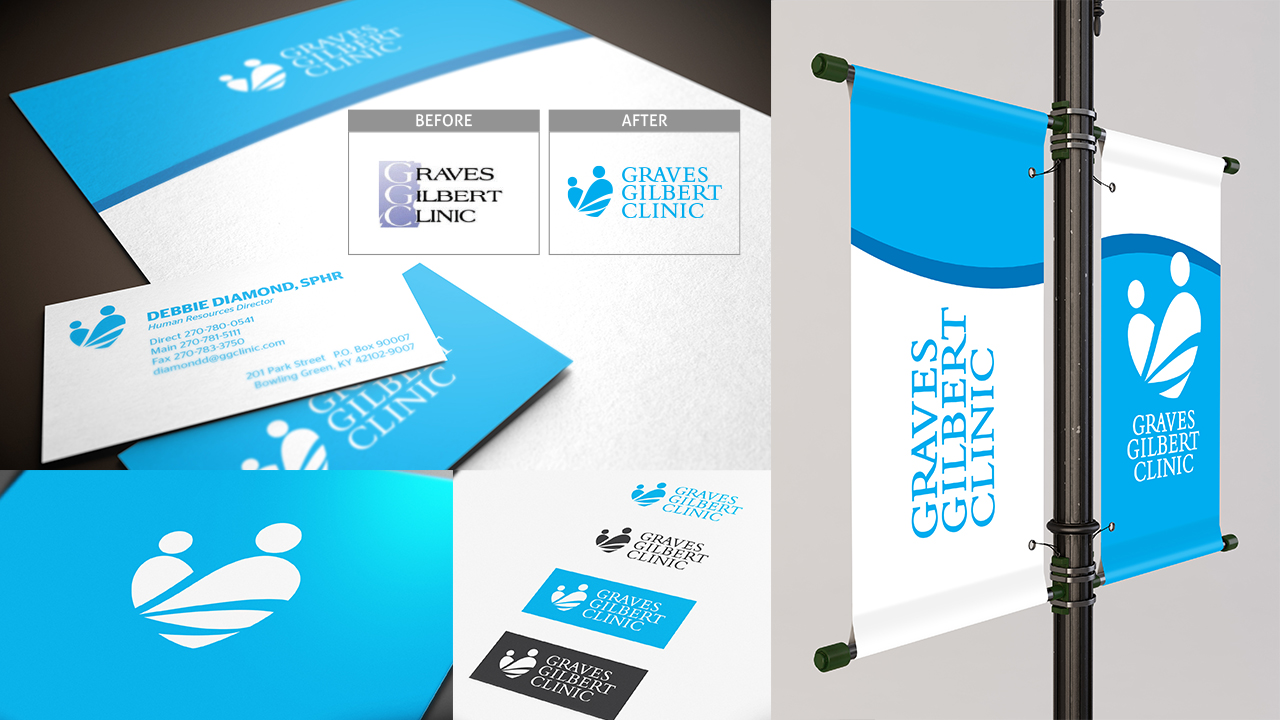 Sometimes the necessity of NOW can lead to interesting brand re-awakenings. We were granted an opportunity in 2012 to assist Graves Gilbert Clinic with a campaign for their 75th Anniversary. When we started the project, we found a brand that was all over the place, literally and figuratively. By that point, Graves Gilbert Clinic was growing and had a rapidly widening footprint in South Central Kentucky. The clinic also had a logo that was a tough blue to color match. The logo would consistently print purple, there was no consistency in visual language or the message, and there was no real thought to what they were actually selling to their patients.

We had to promote the 75th Anniversary, but we also needed to do some housekeeping to ensure it would be successful. “A Lifetime of Care” became the anniversary tagline. It worked. It helped ground the brand and give it substance, and it created a ‘hook’ that could resonate. The best part is that it transitioned smoothly back to “A commitment to a lifetime of care” once the anniversary had come and gone.

After the campaign ended, we had made a good case for finishing what we had started, and in 2013 we completed a comprehensive rebrand. We developed a visual style that GGC still uses today, and that still feels relevant. In our continued work with GGC, we helped make the icon more recognizable and created the ‘Care is where the heart is” campaign. We also completely redeveloped their online presence and, most importantly, left them with a brand that worked without us.

Our work with GGC ended in 2015; we take pride in knowing that the work we did is still working for them and hopefully will continue to do so for another 75 years. That is what it is designed to do. Graves Gilbert Clinic’s 75th year was a turning point. Since then, they’ve doubled the number of physicians they employ, their visual language has been consistent for 9 years now, and though we’d love to see them do something new and innovative, the last campaign we developed for them seems to be serving them well.